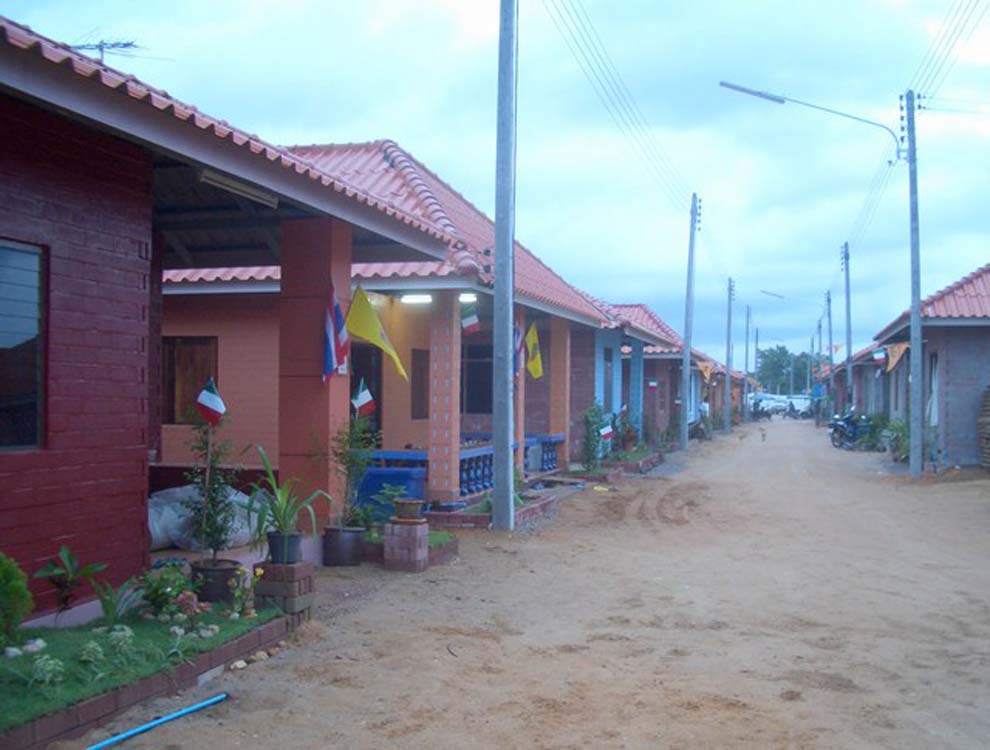 Bahn Nam Khenis a village located in the Khao Lak area, where the 2004 tsunamicaused the highest number of casualties, and the material damage was the most sever in the whole Thai territory.

In Bahn Nam Kehn Moses Onlus undertook its first action in favor of the tsunami survivors.

This was possible thanks to several institutions:

The Danish Embassy, that purchased the land.

CODI, the governmental institution that managed the after-emergency, and realized a list of reconstruction needs.

Chumchontai, a non-governmental organization that managed several intervention, and that signed with Moses a contract for the reconstruction of 12 housings of around 70 sqm.

The contract between Chumchonthai Foundation and Moses Onlus was signed in Surat Thani, His Eminence Prathan Sridarunsil witnessed the signature. He is a very valued figure among the local population, for his high competence in coordinating and managing the aids from International Caritas, during and after the tsunami emergency.